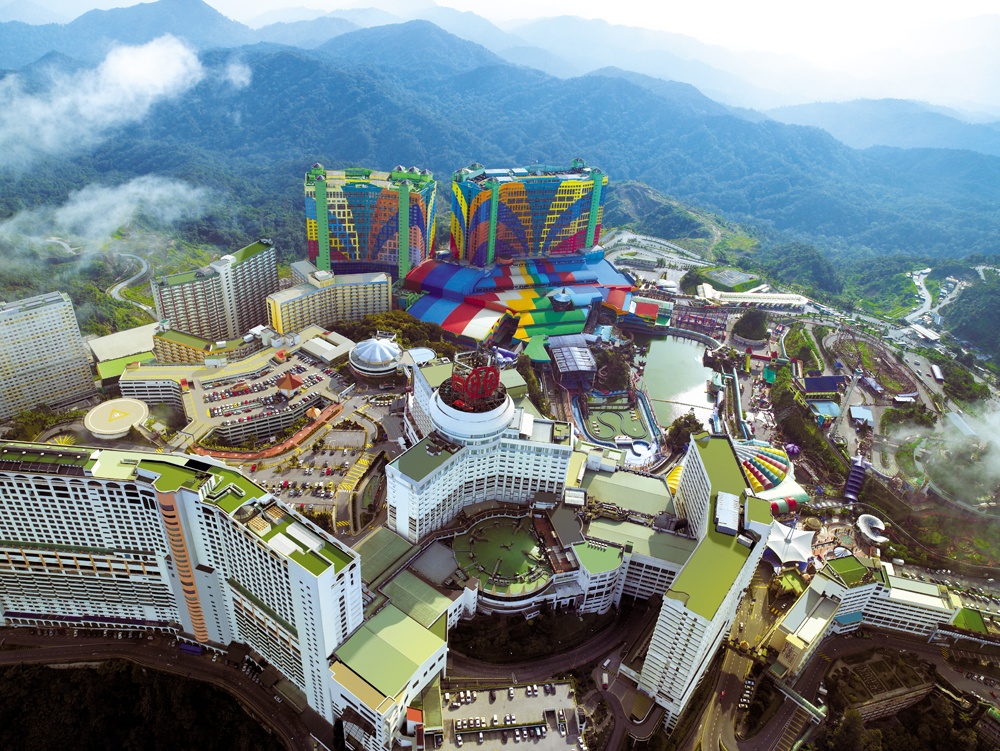 If you are a big travel fan, you are probably aware of the world’s largest hotels. The list includes the MGM Grand, the Venetian, the Palazzo, the Flamingo, the Mandalay Bay, and the Disney All-Star Resort Hotel. However, these are not the only ones.

The Venetian & The Palazzo

The Venetian and Palazzo are two of the largest hotels in the world. These hotels are a part of the Las Vegas Sands Corp. The Grand Canal Shoppes connect the two properties. They have over a dozen restaurants and are also home to The Venetian Casino.

Both of these hotels feature Italian design elements. While the Palazzo is themed after Venice, Italy, the Venetian is inspired by Renaissance Italy. Each of the hotels has its rotunda entrance.

In addition to the shops and casino, the hotel features an extensive selection of restaurants and shows. Guests can also enjoy the Venetian’s three pools and Gondola Rides.

MGM Grand is one of the world’s largest hotel and casino complexes. It is situated on the south end of the Las Vegas Strip in Nevada. The hotel features a casino, several restaurants, and numerous nightlife options. In addition to the casino, MGM offers a wide range of table games.

If you are interested in high-stakes gambling, there are two high-limit areas at MGM. One is in the sportsbook area, and the other is on the top floor. These two areas include slot machines with payouts of up to $500,000.

For those who like fine dining, there are several restaurants at MGM. You can find upscale Italian food at an upmarket joint called Leo the Lion or a quick breakfast at Avenue Cafe.

Mandalay Bay is a resort located on the southern end of the Las Vegas Strip. It offers an impressive range of hotel and conference facilities. A full-service casino is also part of the property. The hotel has 135,000 square feet of casino space and is the fifth-largest convention center in the United States.

Mandalay Bay has a casino that features a high-limit gaming parlor. Over 2,200 slot machines and a 300-seat race and sports book are also available.

Other notable attractions include the 11-acre pool complex and the lazy river. Guests can also take in live music at the House of Blues concert hall or try their luck at the casino.

Caesars Palace is one of the world’s largest hotels and resorts. Located in the center of the Las Vegas Strip, it’s one of the city’s most luxurious places to stay. The property is a great place to relax, featuring a luxury spa, high-end restaurants, a casino, and much more.

Caesars Palace is owned by Vici Properties and operates under the Caesars Entertainment banner. This company serves 50 hotels worldwide, with $4.85 billion in total revenue in 2017. In addition to Caesars Palace, Caesars Entertainment also owns Flamingo, Harrah’s, and the Mirage. It filed for bankruptcy in 2013 and emerged from protection in 2017.

Caesars Palace is located on 85 acres of land. The building was initially meant to simulate life in the Roman Empire. The hotel is decorated with frescoes inspired by ancient Greek and Roman artists. You can also see various Hollywood representations of the Roman Empire in the building. There is a statue of Augustus Caesar in front of the building.

The First World Hotel is located in the resort city of Genting Highlands in Malaysia. It is one of the largest hotels in the world and a renowned tourist destination.

The hotel has a total of 7,351 rooms. It consists of two towers and a large shopping mall. One of the towers, Tower 2, contains the hotel’s deluxe rooms. These rooms are well-equipped with standard hotel equipment and feature a standing shower.

Disney All-Star Resort Hotel is a Disney theme park hotel. Its location in the Animal Kingdom resort area makes it convenient for those who want to enjoy the magic of Walt Disney World. You can take advantage of a Disney bus service for an easy trip to the theme parks.

Disney All-Star Resort offers various room options, from standard to suites. Standard rooms feature a 260-square-foot space with a queen bed and a pull-out couch. Some rooms come with a hidden pull-down bed. This is a good choice for families with young kids.

If you’re looking for a large, luxury hotel in Las Vegas, you can’t go wrong with the Flamingo Hotel. This hotel has many entertainment options, including two pools, spas, and a waterslide. Combined with its luxurious rooms, it’s easy to see why the Flamingo is one of the most popular hotels in the country.

The Flamingo is the oldest resort on the Strip, built by mobster Bugsy Siegel. It was the third casino to open on the Strip. However, it broke away from the original theme of an Old Western casino. The hotel has a tropical architectural theme similar to that of Miami.

Hotels With Sauna in Room