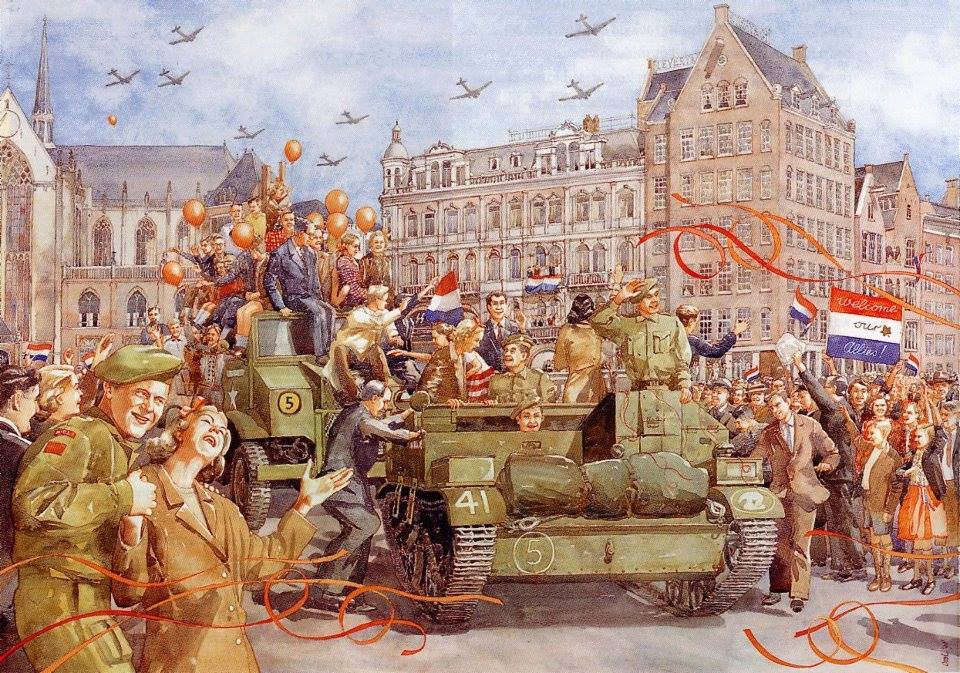 The Netherlands’ Liberation Day is a public holiday celebrating the end of the German occupation of the Netherlands during World War II. It follows the Remembrance of the Dead on May 4.

Liberation Day is celebrated every year in the Netherlands to commemorate the end of the Nazi occupation during the second world war. This is also the day that the Dutch celebrate the remembrance of those who died during the war.

The ceremony occurs throughout the country, though the main event is in Amsterdam. The Bourdon bell rings, and a trumpeter plays the Last Post.

The Netherlands holds several festivals on this day to honor veterans and civilians who gave their lives in the name of freedom. Some commemorations mark specific campaigns or atrocities, such as the Waalsdorpervlakte, a memorial in Wassenaar dunes.

On this day, a minute of silence is observed across the country. Most schools and public transport systems are closed.

Another impressive fact about this day is that the country is home to at least five official Bevrijdingsdag Festivals. These events take place in various locations across the country, and there are also some bespoke ones.

Every year, on May 5, the Netherlands celebrates Liberation Day. It is a national holiday and marks the end of the Nazi occupation.

Throughout the country, various events are held to honor the war and the liberation of the Netherlands. These festivals are free to attend and are held in many cities across the country. They attract hundreds of thousands of spectators.

Several festivals are geared explicitly towards veterans, including parades and live music. Other festivities include events in schools, governmental organizations, and universities. A significant event is the Liberation Festival, which takes place in Utrecht, and features a variety of concerts, a talent competition, and a dance performance.

Many of the events held on this day are free, including musical performances, live music, debates, and more. Some of the best-known performers perform in the Liberation Festival of South Holland, including Jett Rebel, Hannah Hoekstra, and Tania Kross.

The Netherlands celebrates Liberation Day every year on May 5 to commemorate the country’s liberation from German occupation during World War II. It is a national holiday and is often celebrated with festivals and parades.

The Netherlands had not been active in World War I but was occupied by Nazi Germany on May 10, 1940. It was not freed until five years later.

In May 1990, the Dutch government decided to celebrate Liberation Day on May 5. This day was chosen as the nation’s official holiday.

The Prime Minister usually launches the celebrations. During the ceremony, wreaths are laid, and speeches are given. A two-minute silence is observed nationwide.

The national entry is held at a different site each year. There are a variety of local and regional entries, each focusing on a particular campaign or campaigner.

The government is working on various projects to raise awareness about the atrocities of the Second World War. Memorials are being built in places where Dutch lives were lost, and exhibitions are being held.

Commemoration of those who sacrificed their lives for our freedom

Liberation Day is a public holiday in the Netherlands that marks the end of the Nazi occupation of the country during World War II. The country celebrates this event every five years to commemorate the war’s end.

The first Canadian Army, consisting of Canadian, Belgian, and British troops, played a significant role in liberating the Dutch people. On this day, the flags of the Netherlands are at half-mast, and two minutes of silence are observed at eight o’clock in the evening.

There are many commemorative events and festivals to pay tribute to the men and women who sacrificed their lives for their freedom. These events often include military memorabilia, marches, re-enactors, and imaginative projects.

Remembrance Day is a time to honor soldiers and civilians who have died in wars and peacekeeping missions. It is a national day of remembrance in the Netherlands, and every municipality holds its ceremony.

Aside from the prominent memorial in Amsterdam, a series of festivals occur throughout the Netherlands. They usually feature big-name acts, extensive musical programs, and hundreds of thousands of spectators.

What Is a Whirlpool?